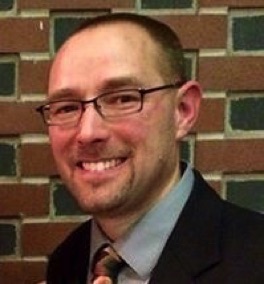 Michael Schlake began teaching in 2002, and has been teaching at Ogallala Public Schools since 2008. There he oversees all aspects of the instrumental music program, and is on the adjunct faculty at Mid Plains Community College. He holds a Bachelor of Arts in Music Education and Performance from the University of Nebraska at Kearney, and a Master of Music in Education from the University of Nebraska at Lincoln. Michael has received several awards including the Ogallala Foundation's Teacher of the Year, the Jack R. Snider Outstanding Young Band Director, and the Ogallala Symphonic Band performed at the 2016 Nebraska State Bandmasters Association March Convention. He is an active clinician and adjudicator in Nebraska, including the University of Nebraska at Kearney's “Sounds in the Summer” Clinic, and has presented several sessions at the Nebraska Music Educators Association November Conference. Michael lives in Ogallala with his wife Chrissa, and their daughters Ella, Lucy, and Hanna.