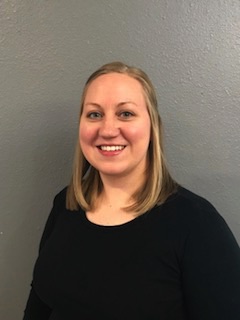 Carrie Jensen is currently teaching band at Norfolk Junior High and assists at Norfolk High School.  Her previous positions include teaching instrumentalmusic at Stanton, Wayne Community Schools and Sandy Creek.  Carrie received a Bachelor of Science in MusicEducation from Wayne State College and a Masters of Music in Music Education from the University of Nebraska-Lincoln.  She is currently working towards an additional Masters Degree in School Administration.

In 2014, Carrie was a recipient of the NSBA Jack R. Snider Outstanding Young Band Director Award.  Under her direction, the Wayne 8th Grade Band participated as a demonstration band at NSBA convention in 2011.  Additionally, Wayne Community Schools was a recipient of NMEA's Exemplary Program Award in 2012.

She maintains an active performing schedule, including playing flute in the Norfolk Community Band, substitute for the Sioux City Municipal Band, and frequently performs at local churches.

Carrie and her husband Chad currently reside in Norfolk.  They love to spend their free time camping, hiking, and cooking.  They hope to visit every National Park during their lifetimes.